Recently we seem to be getting involved in projects after they have gone awry. One of our partners reached out asking for help with an issue they had whilst migrating a SharePoint 2010 environment to SharePoint Online.

Of course when the web parts were migrated into the cloud, they did not work as they were unable to connect to the SQL Server. This ended up stopping the migration until a solution was found.

The customer did not want to move the data into the cloud due to several reasons but the most important one being all of the other systems dependent on it.

Several options were discussed which will be discussed in the next session.

So several options were looked at, and as moving the database was quickly ruled out, we came up with these two:

So, the SPFX solution was chosen. The architecture was to use SPFX webparts which connected to a REST API hosted in Azure App Services. The clever part was using Azure App Service Hybrid Connections which allowed us to connect from Azure back into the customer network without the need to reconfigure complex firewalls.

To help visualise the solution, let’s take a look at the architecture.

We ended up having two Azure Hybrid Connection Services running. One for the active live environment and another for the disaster recovery environment.

The data being accessed was sensitive so the REST Api had to be secure. It was configured so that it was backed by Azure AD using an Azure AD Application, implemented with OAuth authentication using JWT Bearer tokens. The SPFX connected to the REST API and authenticates using Open Id Connect to ensure that only authenticated and authorised users can access the API. Further protection was provided by setting the API behind Azure API Management.

For the SharePoint Framework web parts to be able to authenticate with the REST API there are a couple of steps that need to be performed:

To configure the SharePoint Framework solution take a look at this Microsoft post which provides a good guide (see section Configure the API Permission Requests).

The second part is performed by going into the SharePoint Admin centre and approving the request. Now the point to make is that the user accepting the request needs to be a SharePoint Administrator and also grant admin consent to Azure AD Applications. Basically a Global Admin has this role, so we worked with the IT team to ensure a privileged user did the authorisation. Be mindful of this when deploying to the customer as that will take some discussion and time to organise!

Hopefully mentioning this will mean you do not waste your time getting this right.

The Azure Hybrid Connection is setup in two places.

The hybrid connection service establishes a connection to the Azure App Service through Azure Relay which is built on top of Service Bus.

To setup the Hybrid Connection in Azure App Service you must be running at least the Basic Tier or above.

There are some limitations to the types of connection that the technology supports. The transport mechanism needs to be TCP based and does not support UCP. For this solution a .NET SQL Client was used which is supported and works really well.

For information on setting up the Azure Hybrid Connection see the following Microsoft article.

One of the areas that we wanted to ensure was the performance of the applicatoin. So we put together a POC was put together to prove the approach and also check performance. The performance has been very good and provided that the REST ApI is developed with some thought, it performed better than expected.

There was plenty of thought that went into the API. A few of the optimisations we made were

This solution enables SharePoint Online solutions to access data hosted On-Premises and it does work really well. To be honest we were surprised how well the solution performed.

Most importantly, he partner and customer were really happy with the end result too.

I hope that people find this post useful, if there is an aspect that you would like more information on then leave a comment and I’ll see what I can do. 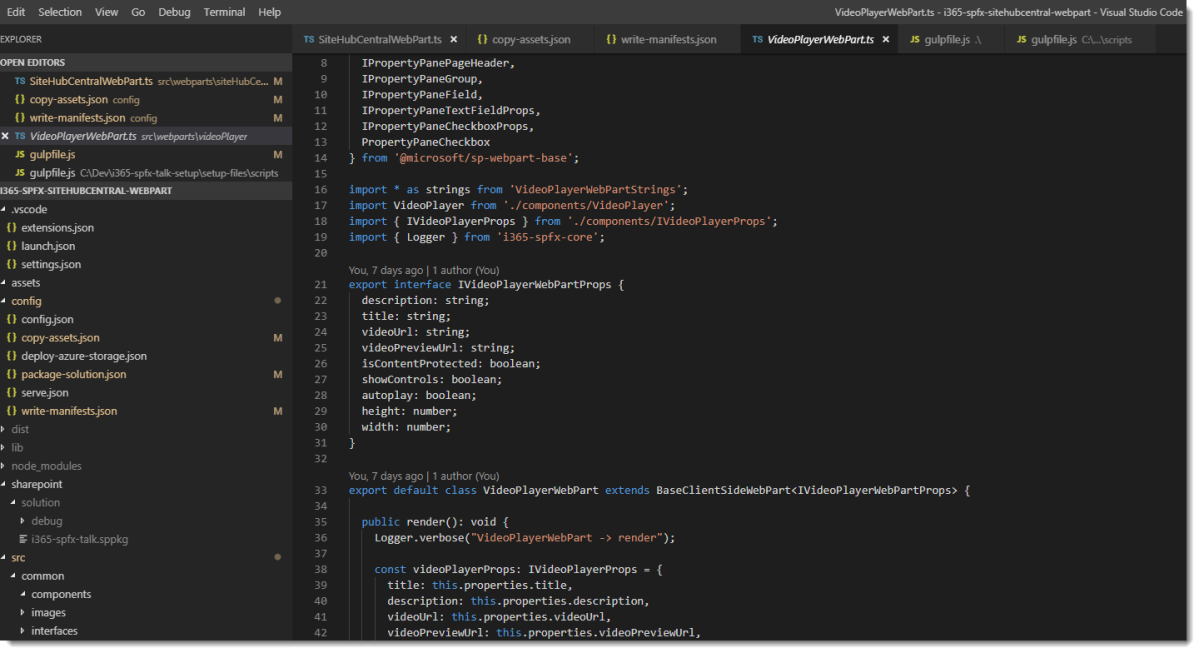 The aims of the presentation are:

If you have seen the presentation, I would appreciate your thoughts on the session. Please leave a comment below.

Finally, if you are looking for sessions for your local user group and would like me to present it then please get in touch by leaving a comment below.

The code will be available shortly in my GitHub repository.